With the desire to get the most out of our everyday lives and their minds nootropics have become something people are interested in but know what are the best nootropics or the best nootropic stack of 2017 can be a challenge. It’s hard to know which ones are best as there isn’t a solid understanding of exactly what nootropics even are among many people and what ingredients in them actually work to help us get the most out of our minds. Well we found ourselves being curious on this topic as well since increased focus and memory is something that we would all love. So we set out and talked to some experts, tried some of the most well known brands out there today and came away with the top 5 of the year. Continue reading below to find out a little more about just what nootropics are and our in depth review of the top 5 as well.

Aptly defined as cognitive enhancers, the best nootropics are supplements that improve or increase memory, creativity and motor skills among other brain related functions. At the moment, researchers are still looking at the long-term effects of these drugs, especially on healthy individuals. Very few side effects have been closely associated with the best nootropics. However, the biggest concern, as with all other supplements, is the danger of addiction.

How Do Cognitive Enhancers Work?

Because of the variety of nootropics available, their application is dependent on what brain function you would like to enhance. The specific aspects of the brain targeted by smart drugs include:

Neurotransmitters are chemicals that send signals from one neuron to another by binding to specific synaptic receptors. These two work together as a system which can be targeted by the best nootropics to increase their cognitive function. For example, nootropics found in cholinergics enhance the acetylcholine system which targets learning, memory, and focus.

The best nootropic stack can increase brain plasticity by changing the synapses that send communication signals. New synapses are believed to develop following nootropic use resulting in better memory as the communication is enhanced due to cognitive enhancers.

Blood And Oxygen Flow To The Brain

Some nootropics enhance the flow of blood and oxygen to the brain which results in alertness and energized brain function. The reverse is usually fatigue, loss of focus and concentration. The blood comes laden with nutrients that have glucose as well as oxygen which inject more energy to keep you alert and keener.

The Best Nootropic Stack Review Of 2017

The Alpha brain supplement lays claim to having clinical studies performed on it before it hit the shelves. In fact, if you are in need of a boost with your memory and mental responses, this may just be what you need.

Cat’s Claw – This Amazonian plant is full of antioxidants and immune boosting agents. These properties are needed in increasing your mental capacity and ability to concentrate for longer periods of time.

Huperzia Serrata – This mossy plant produces an invaluable extract that works to enhance the work of acetylcholine. It inhibits acetylcholinesterase, allowing your brain to function at optimum when it comes to your memory, learning retention and focus.

Bacopa – Having been used in ayurvedic medicine for centuries in India and other Asian countries, bacopa has been proven to combat memory lapses and improve learning capabilities.

Oat claw, L-Tyrosine, L-Theanine, Phosphatidylserine, and pterostilbene are other ingredients found in Alpha Brain nootropic supplements. It has been hailed as a great product for athletes, TV personalities and students.

With the Alpha Levo IQ, you get a promise of “human potential maximization.” This nootropic supplement is a blend of four ingredients: Vitamin B6, folate, zinc and vitamin B-12.

Vitamin B6 – this component works by increasing the communication between brain cells. By improving the passage of signals, alertness as well as mental energy, are both greatly enhanced.

Vitamin B-12 – naturally occurring, this vitamin is widely recognized in the fight against depression making users rejuvenated and perky. It also improves alertness and focus while keeping your memory sharp.

Folate – Folic acid has an important effect of helping your brain work at optimum. It improves your brain’s capacity to retain information and to give you much-needed clarity.

Zinc – This is the ingredient that improves the communication signals sent to the hippocampus. With enhanced communication, your memory and learning also improve immensely.

Alpha Levo IQ is a physician-approved supplement that is recommended for its naturally occurring compounds and effective results. It is favored for its rapid results when you are trying to concentrate, get more focused and alert.

This offering boasts of being a full cycle nootropic option. Mind boost complete takes into account the effect of your brain on your nervous, digestive, immune system and general well-being, and as such works on giving you a healthy brain. It comes in both a daytime and nighttime formula and has a 100% money back guarantee.

Bacopa Monnieri – This natural herb found in both Europe and Asia. The extract improves blood flow to the brain which triggers choline. As a result of this choline activation, you have better memory, focus and learning capabilities.

Rhodiola Rosea – Rhodiola Rosea has been proven to reduce fatigue and by extension the stress that comes with it, by professionals in highly stressful careers that require long hours. Doctors, law enforcement officers, and even students can vouch for the effectiveness of this component in resuscitating energy levels.

Gink Biloba – This ingredient has been around for quite a while with impressive results. As a nootropic element, it helps to improve face recognition and improved memory for people of all ages.

In addition to the above components, you will find vitamin B-12 and Folic acid in the daytime formula while the nighttime formula has lemon balm and Ashwagandha added to Rhodiola Rosea. Consumers who have tried using the product report deeper and longer sleep patterns and calmer, more focused days.

Cerebral success is touted as the wonder drug when it comes to improving your brain power. It increases your mental energy, focus, and memory. It has quite a huge following because of its outstanding results.

Huperzine A – An extract from the Chinese club moss Huperzia Serata, huperzine is prevalent in treatments that focus on the loss of memory like Alzheimer’s disease as well as dementia. It protects the neurotransmitter acetylcholine (which is instrumental in keeping memories intact) from being destroyed.

Vinpocetine – This is also another natural extract that is plant-based. It comes from the periwinkle plant and enhances blood flow to the brain. The supplement brings increased blood flow which allows more oxygen into the brain for improved recollection abilities.

Bacopin – Bacopin is widely used to improve learning and memory retaining capabilities as well as to improve memory. Derived from Bacopa Monnieri, this component has excellent results worldwide.

Caffeine and L-Theanine – Caffeine is well known for its ability to rev up alertness and focus as L-Theanine is used in medical circles to decrease stress. When combined, the two have proved to have a yin and yang effect in cerebral success.

Apart from the above it also contains, vitamin B, L-Glutamine, Cognizin, l-Tyrosine, Schisandrin, DHA, Phosphatidylserine, and glucuronolactone. The rate of success has been consistently high for cerebral success, and according to consumers, it has far surpassed their expectations and continues to deliver.

The best nootropic supplements clearly take into account the hard work your brain does on a daily basis. In some instances, you do not get adequate rest to recover. They are geared towards giving your brain a chance to work at its best, and they may just be your best option when you feel your brain is not already working at its optimum.

If you enjoyed this article then you should check out our article on the best fat burners on the market today if you are looking to lose a few extra pounds.

We spent weeks to test and see just what is the best testosterone booster out on the market in 2017. Out of the hundreds of products out there we found the handful of ones that are worth your time and money.

If you workout then it's important that you protect your wrists & there is not easier way to do that than with a pair of wrist wraps. We reviewed over 30 different brands and narrowed it down to the top 4. 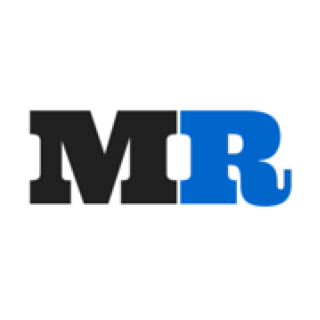